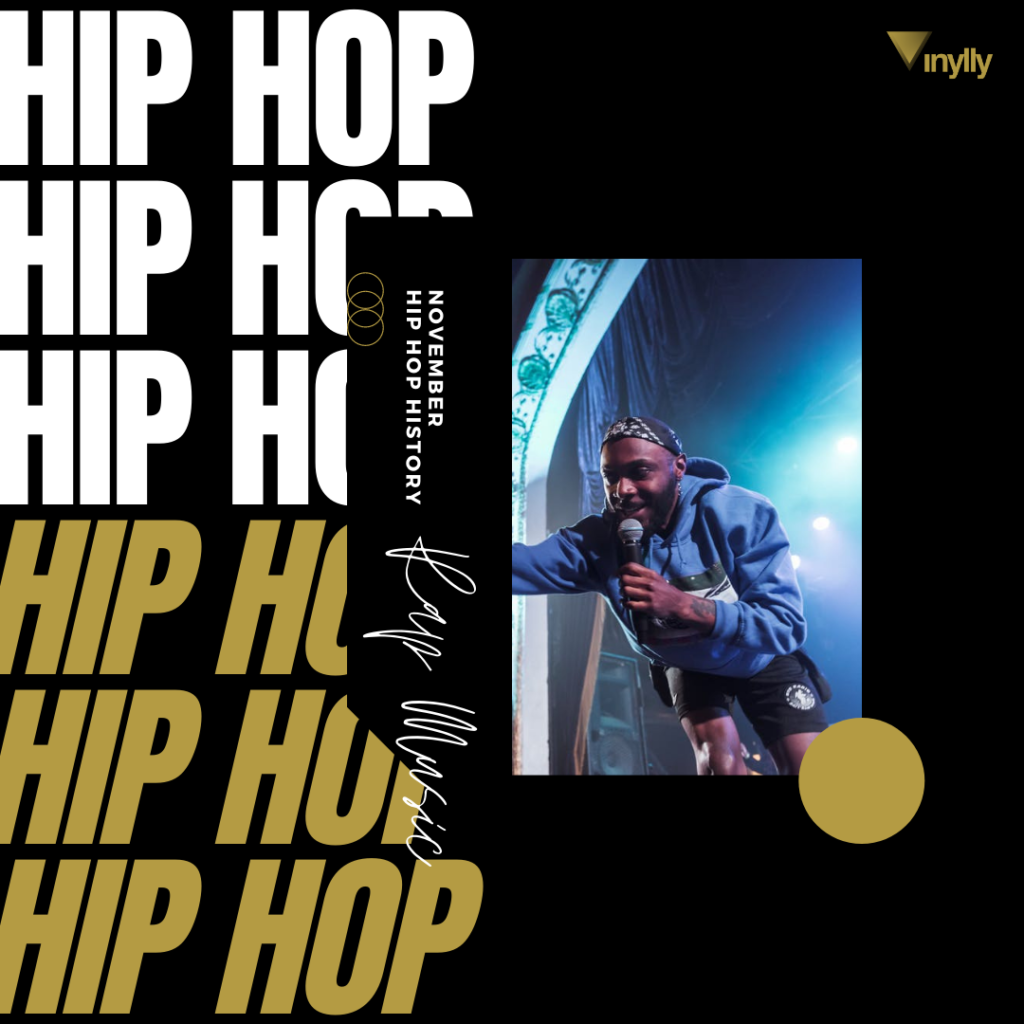 The year is 1976. Your Los Angeles neighborhood is holding a block party on Saturday. There’s a stage set up for breakdancers, DJs, and their MCs. You see your friends in the crowd and push through your neighbors to stand with them. You talk about how excited you are to hear some of the beats the DJ and MC duo will perform. The DJ begins scratching, so you know the music is about to start. The MC takes a mic, and begins spitting bars. You can’t help but dance in your spot in the crowd–the music is just so catchy!

And that is how hip hop music was in its earliest days. Hip hop began in neighborhoods in New York in the Black and Latino communities. This was mainly from teens in the graffiti and breakdancing communities. Some people with interests in hip hop learned how to DJ, and block parties gave them the chance to show their craft. Sometimes an MC would join, and freestyle with rhymes to the beat of the music the DJ was playing–thus, the birth of rap.

For the most part, hip hop artists only performed live until 1979–no one had recorded hip hop music available. The Sugarhill Gang released a single, Rapper’s Delight, which soared on the charts across the world. Hip hop lovers released records in response to this song, many with a fun, lighthearted vibe. But that changed in 1982. Grandmaster Flash and The Furious Five produced The Message, which covered important social issues the hip hop community was facing, like crime, poverty, the happenings of living in a dangerous city. Since then, we’ve seen hundreds, if not thousands, of hip hop artists and rappers produce music, including Public Enemy, Mos Def, Salt-N-Pepa, and Notorious B.I.G., to name a few.

In more recent years, hip hop music has topped the charts regularly. Hip hop has become so popular that it’s even had influence on pop music. One popular song with this pop music influencer is Freaky Friday by Chris Brown and Lil Dicky from 2018.

Up until recently, hip hop artists were primarily coming from New York and Los Angeles. We’ve been seeing rappers from different areas emerge in the past several years, like in the South with artists like Lil’ Wayne from New Orleans and Usher from Dallas. There’s also Kanye West from Chicago, and Eminem from Detroit. These two rappers went against the norm of gangsta rap music and proved you can be successful without following that specific style. Gangsta rap also isn’t as popular today as it used to be; many rappers have switched to other styles that fall into the alternative hip hop category–essentially, anything that isn’t mainstream.

If you like hip hop music, you may like rock, soul, or jazz music, which all have influences on hip hop music. Also, within hip hop there are sub genres, like gangsta rap. Gangsta rap focuses on violence, particularly with gangs. A good song to explore gangsta rap further is Gangsta by ScHoolboy Q. In addition to gangsta rap, here are four other important sub genres: boom-bap, trap, alternative rap, and melodic rap. Boom-bap is a style that was really popular in New York during the 90s. It’s Like That by D.M.C. is a great example of boom-bap where the rappers carry the song through their technical skills and storytelling. Trap rap is a more aggressive sub genre that has a focus on drugs, violence, and the inner-city experiences from rappers’ childhood. A great song in the trap sub genre is DJ Turn It Up by Yellow Claw.  Alternative rap is a sub genre where rappers discuss social issues. Toosie Slide by Drake is a great example of an alternative hip hop song. And the last sub genre is melodic rap, which is not fully recognized by the hip hop community. Drake has made a huge impact on melodic rap, which is essentially rappers who sing. A great melodic rap song to listen to is Bryson Tiller’s Exchange. No matter what sub genre you prefer, you can connect with people on Vinylly who will appreciate your love for hip hop music.

Some sub genres have emerged outside of the U.S. Grime, a genre of electronic music in the U.K., emerged from a dance style, U.K. garage, in addition to hip hop and jungle. After its birth in the early 2000s, grime is slowly being recognized today in mainstream media. In 2018, Stormzy won a Brit Award for his music. This recognition brought grime to people’s attention in mainstream media. In the past, grime music was typically played on pirate radio stations, like Rinse FM, where grime gained traction.

Hip hop music isn’t and hasn’t been limited to men. MC Lyte, a popular rapper in the late 1980s, was the first female rapper nominated for a Grammy. She did face unfair treatment because of her gender, though. Some people wouldn’t pay her a fair price when she would MC. Here’s an article on more background information regarding the rise of female rappers and their influence on hip hop.

Especially recently, women have been surging in popularity in hip hop. Some of today’s most popular artists include Cardi B, Megan Thee Stallion, and Lizzo. To find out more about some of hip hop’s trending female artists, check out this article.

How can I celebrate hip hop history month? Learn and support! Some ways you can show your support for the hip hop community includes learning more about national hip hop history (like reading this blog post!), learning about hip hop in your area, and supporting your local hip hop artists. There are also several movies and TV shows about the hip hop community. Here are the ones Billboard has listed as the ten best hip hop movies, and here’s a list of ones that could be found on Netflix in 2016. And, if this wasn’t already obvious, listen to some hip hop music! We recommend listening to the Spotify playlist Hip Hop Classics. With all of this information, we hope you’ll enjoy spending some time learning about hip hop culture this month.